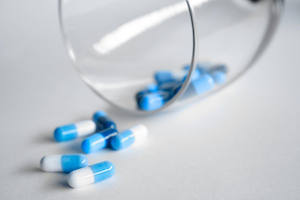 Oxycontin is a drug manufactured by a Connecticut based pharmaceutical company Purdue Pharma, LP. The company was initially established in the 1890s in New York as Purdue Frederick Company. Later, in 1952 Purdue was bought by three pharmacists Raymond Sackler, Mortimer, and Arthur.

In 1995, the FDA had approved the use of Oxycontin for pain relief. The medication was officially launched in 1996 and quickly became the most prescribed opioid pain killer.

By 2001, Oxycontin was generating billions of dollars in profits for the company. Experts estimate that the company made over $36 billion from the sale of the medication.

However, the popularity of the drug also increased the concern about addiction and overdoses. The controlled release medication was initially thought to be less addictive. But it was later found that crushing, chewing, or dissolving the medication allowed patients to bypass the time-release giving them a powerful dose of the opioid medication.

Doctors prescribe opioid medications for severe pain that cannot be controlled using other medications. These medications only suppress the pain without treating the underlying condition that contributes to the pain.

Oxycontin was first approved by the FDA in 1995 for the treatment of severe and chronic pain. The drug is approved for use by both adults and children over 11 years of age. However, a strict limit is placed on the use of opioid pain relief medication among children. Doctors can only prescribe the medication if the children had previously displayed no contradiction with another opioid medication. Moreover, they must display tolerance with at least 20 mg of Oxycodone before an equivalent dose of Oxycontin can be prescribed.

Oxycontin is a highly addictive opioid medication. According to an article published in the American Journal of Public Health in 2009, the availability of Oxycontin correlated with increased abuse and addiction to opioid medications. The authors revealed that the medication was the leading medication abused in the US. The addiction of the opioid drug was fueled in part due to the aggressive proportional campaign by Purdue that included influencing physicians’ prescription of the medication.

Pharmaceutical companies assured that the government and the medical community that their opioid medications were safe. This influenced health care providers prescribing Opioid medications in great numbers. In 2017, doctors had made over 190 million prescriptions of opioid drugs.

Increased influx of opioid medications in the market correlated to widespread abuse of the drugs. This led the United States Department of Health and Human Services (HHS) to declare opioid addiction a public health emergency.

Purdue Pharma earned billions of dollars due to the prescription of opioid medication Oxycontin. The company continued to invest millions of dollars in aggressively promoting its opioid drug. In 2003, the FDA issued a warning to Purdue for making misleading advertisements related to Oxycontin.

The company pleaded guilty to federal charges brought in 2007 and agreed to make payment of $600 million in penalties and fines. As part of the settlement, Purdue had acknowledged its role in defrauding and misleading the public when it made statements that Oxycontin was less addictive and susceptible to abuse as compared to other painkillers.

Purdue Pharma was found to have hidden relationships with AEI and SATEL that shows how the company aggressively used the public relations campaign to promote opioid drug sales. The company had spent millions of dollars in funds to influence media commentary about the medication.

PR tactics of Purdue were similar to the ones used by the oil and gas companies in misleading the public about climate change problems. The tactics are also not unlike the one taken by big tobacco companies that invested in PR campaigns to undermine evidence against tobacco smoke and nicotine addiction.

Apart from influencing the media, Purdue was also alleged to fund think tanks and advocates of pain relief such as the American Pain Foundation. Many of the groups funded by Purdue Pharma fought against legislation that limits opioid use.

As of 2019, nearly 2700 lawsuits have been filed against unethical practices of Purdue Pharma in promoting Oxycontin opioid drugs. The lawsuits assert that the company did not warn patients and doctors about the danger of addiction. These lawsuits also name the Sackler family who owns major shares in the pharmaceutical company.

The lawsuits filed against Purdue Pharma and members of the Sackler family in the management position claim that the company’s tactics had contributed to an opioid health crisis. The company is alleged to have aggressively promoted its opioid medication and downplayed the risks. According to the lawsuits, Purdue has played a major role in the opioid epidemic that has claimed more than 400,000 lives in the past two decades.

Lawsuits brought against Purdue Pharma alleging that the Slacker family members were paid over $4 billion between the years 2007 and 2018. Most of the wealth is alleged to be held outside the country, complicating the lawsuits against the family.

A court filing by the NY Attorney General Office contends that the Slacker family had used Swiss and other accounts to transfer billions of dollars to their accounts. This discovery of the wealth transfer bolsters the claims that Slacker family members shielded the wealth due to increasing threats against Purdue for contributing to the opioid epidemic. The lawsuit alleges that they had promoted Oxycontin as a low addiction risk despite contrary findings.

The lawsuit filed by an attorney in Massachusetts found that the company had aggressively promoted the opioid drug from the start. They persuaded doctors to prescribe the medication despite research that found Oxycodone painkillers were addictive and dangerous.

The lawsuits filed in Massachusetts also showed that the Slacker family continued to aggressively market the drug even after Purdue was found guilty of misrepresenting the addictive properties of the opioid drug in 2009.

Lawsuits allege that Purdue violated the Controlled Substances Act. The company was alleged to have violated the federal provisions by exaggerating the benefits of the drug. The company knew about the risk of the drug but did not warn the public about the addictive nature of the medication. The lawsuits allege that the company had profited from the lack of awareness of the dangers that led to increased prescription of the medication.

The lawsuits against Purdue had also argued that the company had lobbied medical professionals and politicians to promote the use of opioid medication. The company was alleged to have influenced the media and medical experts in promoting that the drug was safe for pain relief.

The Outcome of Oxycontin Lawsuits

Purdue management and members of the Slacker family had denied any wrongdoings in promoting oxycontin. They contended that during the peak of the opioid epidemic between 2013 and 2016, Purdue had manufactured only 4 percent of the painkiller medications prescribed in the US.

In March 2019, the company had agreed to pay nearly $270 million to Oklahoma as an out-of-court settlement. The settlement was made to avoid facing trial charges of illegal marketing practices.2

Moreover, Purdue Pharma had also agreed to pay $24 million to the Kentucky state as a pre-trial settlement for misleading the medical professionals and patients about the addictive properties of prescription opioid medication.

In September 2019, the board of directors at Purdue had agreed to a settlement with 24 state attorneys who had filed opioid lawsuits against the company. The company agreed to settle more than 2,000 class-action opioid lawsuits in different municipalities for downplaying the risks of oxycontin that sustained the opioid crisis.

As part of the settlement, the Slacker family will relinquish ownership of the company. Purdue will be allowed to sell the controversial drug Oxycontin and other drugs and profits will be used to make payments to plaintiffs and fund addiction treatment programs.

Court battles against Purdue Pharma are far from over. The company still faces 35 state lawsuits and a federal opioid crisis lawsuit in Cleveland that involve thousands of plaintiffs. The lawsuits claim compensation for damages due to withholding information about the addictive properties of oxycontin.

Many attorneys in different states have opposed the settlement and continue to seek additional compensation for damages from the Slacker family and the company.

The prevalence of opioid drugs has taken a toll on the lives of drug addicts and family members. The annual cost of dealing with the epidemic for the government runs into billions of dollars. The costs related to treatment facilities, public healthcare, criminal justice, and law enforcement expenses.

Who Can File a Claim for Oxycontin Lawsuit?

If you or your loved one has suffered financially or emotionally due to addiction to oxycontin, you can contact an injury lawyer to inquire about seeking compensation against the company. You may be entitled to compensation if you were not part of the 2019 oxycontin settlement.

The awards from the opioid lawsuit settlement will allow you to seek compensation for the following damages due to addiction to oxycontin.

You can seek compensation for medical bills incurred in the treatment of the addiction problem. By filing a personal injury opioid lawsuit, you can get compensation for doctor’s fees, diagnostic charges, medications, and other related costs for rehabilitation due to addiction to oxycontin.

You may also be eligible to seek compensation for the loss of consortium or companionship due to the death of the victim.

How Long Do I Have To File an Oxycontin Lawsuit?

The Statute of Limitations will vary from state to state, however, we encourage you to contact our experienced injury attorneys for guidance and to assist you with filing a class action lawsuit against Purdue Pharma. Filing the case within the specified time is important, or else you will likely be barred from seeking compensation for damages from the company. Consider taking action as soon as possible.

Frankl & Kominsky attorneys have decades of combined experience in fighting accident and injury lawsuits. You should contact our attorneys if you or your close family member has become addicted or died after using oxycontin opioid medication. We offer a contingency based fee to our clients. This means that you won’t have to pay us anything unless the case outcome is in your favor.

References
Contact Us
Practice Areas
Client Reviews
★★★★★
I have had experience in the past using other attorneys and law firms however the attorneys and staff at Frankl & Kominsky are by far the best experience I have ever had. Thank you for everything this law firm has done. I recommend this law firm to everyone. By Bruce
★★★★★
This was an amazing injury law firm. Steven and his staff was available when I needed him and were always following up with me. I felt very fortunate that I found them. It is true that this law firm will never settle for less! I fully recommend this law firm to anyone that needs a hardworking and results oriented law firm. By Consuelo
★★★★★
Mr. Frankl came very highly recommended by two separate peers. I had a handful of lawyers to choose from and I chose him. He moved quick, no nonsense, and very effective. Before I knew it everything was handled and I had a serious burden lifted. If I ever have a problem again, I am going straight to him. It is that simple. By Kelly
★★★★★
I called Mr. Frankl and his firm about a motorcycle accident case and he helped me through the entire process. Mr. Frankl made me feel like my situation mattered to him and didn't treatment me like just another file in a file cabinet. He is smart, energetic and a true fighter. I am glad to call him my lawyer and I highly recommend Frankl & Kominsky for your personal injury case. By A Personal Injury Client
★★★★★
Mr. Frankl was such an asset to have on my team while I picked up the pieces following an accident. Right from the beginning he assisted handling the insurance companies, rental car companies, auto body shops, police reports, it was incredible. His guidance allowed me to focus on the most important thing and that was my medical condition & recovery. Should you find yourself in this unfortunate situation do yourself a favor & trust this man & his expertise. By Damon
View More
Submit a Law Firm Client Review