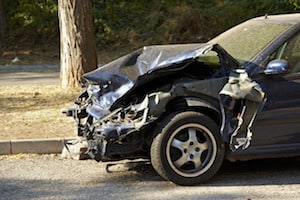 Boynton Beach, Florida, is criss-crossed with a network of roadways running east and west and north and south. Interstate 95, the Florida Turnpike, US 441, State Road 7, as well as other major roadways transverse the city, along with smaller roads like Boynton Beach Boulevard, Congress Avenue, and Military Trail. While many of the drivers on the Boynton Beach roads are traveling to locations inside Boynton Beach - such as the beaches, restaurants, or shops - others are transiting through the city on their way to or from West Palm Beach, Fort Lauderdale, or even Miami or Orlando.

The increased volume of traffic has also caused an increase in the amount of debris on the roadways. Many Boynton drivers are not aware of the dangers of road debris, or the fact that road debris is a major cause of accidents. Anyone who has been involved in an accident involving road debris knows how difficult these cases can be. Proving who is at fault and collecting damages from road debris accidents requires the help of professional and knowledgeable attorneys, like our team at Frankl Kominsky.

What is Road Debris?

Road debris is literally any object on the roadway that is not natural to that roadway. In other words, anything other than the cars or the roadway itself is considered debris. Boynton Beach drivers regularly see these objects either on the side of the road or the shoulder of the road, or in the middle of driving lanes.

The most common types of debris are those that result from the vehicles themselves - such as tires or pieces of tires, bumpers, glass, or other car parts. These items either fall off vehicles as they drive down the roadways, or they are left behind after an accident of some type.

Boynton drivers also see other types of debris on the roads. Litter, animal remains, branches or yard waste, and even furniture are common types of debris.

How Does Debris Cause Accidents?

Road debris causes serious hazards for Boynton Beach drivers. Foreign items on the roadways can cause obstacles requiring drivers to swerve suddenly. Undoubtedly, Boynton drivers have had situations where they are driving behind a truck and witness rocks, branches, or other items escaping from the load. This type of debris can cause damage by hitting a windshield or another part of the car, and can also cause accidents as drivers attempt to avoid flying objects.

If road debris causes an accident, the individual who created that debris is liable for any accident or damage it causes. However, it can be extremely difficult to identify who caused the debris and to hold them responsible. At Frankl Kominsky, our Boynton Beach personal injury lawyers have extensive experience representing victims of road debris accidents. We know how complex these cases can be, and we can help Boynton Beach victims of debris accidents recover the damages they deserve. We work one-on-one to craft a legal strategy that matches your individual needs. For a free consultation, call us today at (855) 800-8000 or fill out our online form. Frankl Kominsky serves clients in South Florida communities such as Pompano Beach, Lake Worth, Boca Raton, Boynton Beach, Delray Beach, and Palm Beach Gardens. We are fluent in Spanish and Creole.