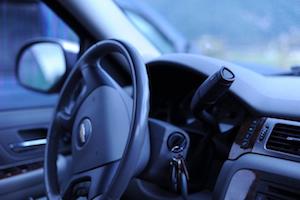 Teenagers in Boynton Beach and around the country find freedom when they turn 16 and obtain their driver's license. Suddenly, they can travel to school, jobs, friend’s houses, restaurants, malls, and other locations without having a parent drop them off or pick them up. This freedom is often the first sign of adulthood and independence.

However, teenage drivers lack experience - and sometimes maturity - which can lead to serious consequences. The leading cause of death for teens in the United States is car accidents. Moreover, teenagers are more likely than adults to get into auto accidents of any type.

If you or a loved one in Boynton Beach has been injured in a car accident involving a teenage driver, the lawyers at Frankl Kominsky can help you recover damages related to the crash.

Regardless of how much driving practice a teenager in Boynton Beach experiences before taking their driving test, they are still relatively inexperienced when they get that license to drive. That inexperience, combined with teenagers’ sense of immortality, risk-taking behavior, peer pressure, and other factors can create an explosive cocktail when they get behind the wheel.

In 2013, 2,163 teenagers in the United States between the ages of 16 and 19 died in automobile accidents. That means six teens between 16 and 19 died every day as a result of a car accident. That same year, 243,243 teenagers were treated in hospital emergency rooms for injuries due to car crashes.

The highest risk for a car accident is a 16-year-old driver. Teenagers’ crash and near-crash rates during the first 18 months after receiving licenses are almost four times the rates of adults.

Alcohol and drug use increases the risk of accidents involving teenage drivers. Although teenagers are less likely than adults to drive when under the influence of alcohol, a teenager who does drive after drinking is more likely to become involved in an accident than an adult. In 2014 about 26% of fatally-injured drivers ages 16 to 19 tested positive for alcohol.

A 2014 study by CC McDonald, V Kandadai, MS Sommers, and FK Winston found that newly-licensed teen drivers have what they call a "significant skill deficit" which increases the risk of an accident. They note that because of these deficits, teenagers are more likely to be involved in crashes that involve left runs, rear end or rear impact accidents, and running off the road.

The risk of someone in Boynton Beach experiencing an accident involving a teenage driver is relatively high. These accidents can lead to injuries, medical bills, physical therapy bills, costs to replace or repair an automobile or other property, or even death. The Boynton Beach personal injury lawyers at Frankl Kominsky are experienced automobile accident attorneys, who can help victims obtain compensation and reimbursement for their injuries. If you or a loved one in Boynton Beach have been a victim of a teenage driver in a car accident, contact us to discuss your legal options. Call us at (855) 800-8000 or fill out our online form for a free consultation. We are fluent in Spanish and Creole.