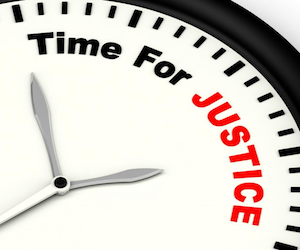 DePuy Orthopaedics, a subsidiary of Johnson & Johnson, specializes in orthopedic surgical devices and joint replacement. With annual earnings of more than $9 billion, the company has produced and designed over 200 products. The company has successfully manufactured a large number of products over the years, with three of their hip replacement devices failing to produce the desired success as their other devices.

Out of the three hip replacement devices, the company has recalled two of them, DePuy Articular Surface Replacement (ASR) and Hip Resurfacing System and the ASR XL Acetabular System. The Pinnacle Hip Replacement System continues to stay on the market.

The company manufactured the devices to allow doctors to customize the design for each patient. The device’s ball and socket components were available in several different combinations of polyethylene, ceramic, and metal.

After getting the device, several patients suffered from severe side effects caused by the metal-on-metal design. One of the reasons why the DePuy hip implants never underwent any testing was because the U.S. Food and Drug Administration approved the hip implant under its 510(k) Premarket Notification Process.

The 510(k) Premarket Notification Process allowed medical devices to skip strict and expensive clinical testing procedures by claiming that these devices are similar to other approved medical devices that it does not require any testing. For this reason, the DePuy hip implants did not undergo any human trials before being marketed to be used for hip implant procedures.

Out of three hip implant devices, the DePuy ASR XL Acetabular System has been identified as a defective and potentially deadly device. According to the BMJ, the lawsuits against the manufacturer claim that the hip implant device may cause metal toxicity, which could damage the patient’s joints or organs, such as the brain, heart, liver, and kidneys.

Patients have reported that the release of two toxic metals, chromium ions and cobalt, have destroyed their bone and muscle and have increased their chances of developing a long-term disability. Patients will require corrective surgery to remove the faulty hip implants and receive functional prostheses in its place.

It is further claimed the manufacturer was well aware of their hip implant releasing toxic chemicals and posing health concerns for the patient. The report also states that patients’ risk of developing leukemia and lymphoma could increase by a threefold after having the hip implants for 10 years.

If you have received a DePuy hip implant and have suffered serious side effects due to it, you should contact the attorneys at Frankl Kominsky for legal guidance. We strive to help you get compensated for the physical and mental trauma you went through and try to help you get the compensation you need to cover your medical expenses, including hip replacement surgery and any other monetary loss you suffered.

Hip replacement surgery removes diseased or damaged areas of a hip joint, replacing them with artificial hip implants. Hip implants alleviate pain, increase the performance of the hip joint, and improve walking and other movements.

People may need hip replacement surgery if they have arthritis, a medical condition that causes the bone in their joints to die, fractures or injuries, and bone tumors that break down the hip joint. Hip replacement surgery is not for people with a medical condition that causes severe muscle weakness, Parkinson’s disease, a high risk of contracting an infection, and poor health.

Even though hip replacement surgery is safer and more common than before and it helps people become more mobile and reduce pain, DePuy Orthopaedics’ hip implants did the opposite. They caused severe side effects in patients who received them.

Side Effects or DePuy Hip Implants

DePuy hip recall happened when it was discovered that the implants loosened, resulting in severe pain and requiring a hip revision surgery. The manufacturer recall affected around 93,000 patients who received their faulty hip implants.

The high failure of the hip implant is due to its design. People who still have their recalled hip implants will need to be monitored and may require hip revision surgery. Individuals who reported experiencing side effects related to the hip implant in the first five years stated that they suffered from pain, swelling, and difficulty walking.

Metallosis – A type of metal poisoning caused by metal fragments and metal ions releasing into the tissue surrounding the site of the hip implant. The components of metal-on-metal construction grate against each other to release metallic debris into the bloodstream. Patients who developed metallosis from the hip implants may experience systemic effects of metal poisoning such as headaches, fatigue, rashes, body aches, and other symptoms similar to flu and inflammation.

Complete Hip Implant Failure – In some patients, the DePuy hip implants completely failed. The implant loosened, which led to the failure of the device. Loosening occurs when the hip implant does not stay connected to the bone in the right position. When the device becomes loose, it limits the person’s range of motion. It can also lead to misalignment or dislocation of the joint, causing pain and restricting mobility. Patients with the ASR hip implant may be more likely to suffer from this system due to its cup components being extra shallow.

Bone Fracture – Metallosis can breakdown the bone tissue near the surrounding area of the hip implant. This leads to weakened pelvic bones and femur, which may fracture and need reconstructive surgery or revision surgery.

Other symptoms of DePuy hip implants include:

Have you Been a Victim of Faulty DePuy Hip Implants?

If you have, you have the right to file a hip implant lawsuit against DePuy Orthopaedics, a subsidiary of Johnson & Johnson. You can contact the experienced team of injury lawyers at Frankl Kominsky to start your claim.

Who Can File a Hip Lawsuit?

The report will document exactly what the doctors implanted, including the hip implant’s lot and batch numbers. Your doctor may ask you to provide a blood or urine test, including a special MRI known as Metal Artifact Reducing (MARS) to check your hip implant for damage caused by metallosis. This includes the development of pseudotumors around your hip.

The next step is to contact the personal injury lawyers at Frankl Kominsky if you have a recalled DePuy ASR XL Acetabular System installed. Any patient who has exhibited certain side effects due to DePuy hip implants has the right to compensation.

In the lawsuits filed by lawyers on behalf of their clients, they are demanding the manufacturer fulfills the following demands:

Your lawsuit can fall into one of the following three categories:

Some people who have filed lawsuits also claim that the manufacturer has known for several years that at least some of their hip implants had issues and they did nothing to fix it. In a previous trial — the ever DePuy ASR XL Acetabular System trial — documents from the company presented at it supported this claim.

The documents also revealed that the manufacturer has considered redesigning their hip implant, but they discontinued it because it failed to generate enough profit. There are still several lawsuits against the company that are still pending. You can consider filing a lawsuit if you experienced symptoms due to their DePuy ASR XL Acetabular System or SR Hip Resurfacing System.

How Long Do I Have to File a DePuy Hip Lawsuit?

The FDA released a safety communication to inform healthcare professionals and the general public of the risks related to receiving metal-on-metal hip implants. If you believe you sustained an injury due to DePuy hip implants, you should discuss your case with Frankl Kominsky lawyers right away.

The Statute of Limitations to file a lawsuit against DePuy Orthopedics will vary from state-to-state. Those who developed any adverse symptoms or side effects from a faulty DePuy hip implant should contact our injury lawyers for an initial consultation and further guidance on your own individual case.

We also realize that your case may be different from another victim of DuPuy’s poorly designed hip implants. Some disparities in the claims filed can include:

How Many Lawsuits Have Been Filed Against DePuy?

In the past, the company also settled an additional 1,800 lawsuits for $420 million. As of July 2019, around 29,000 lawsuits have been filed against the company. To date, the company has paid more than $6.5 billion to settle cases over their defective hip implants.

In the case of Loren Kransky vs. DePuy, the jury awarded the plaintiff $8.3 million in damages in 2013. However, DePuy won the second trial and settled three pending cases against them for $200,000 each the same year.

The manufacturer went on to win the first bellwether in 2014 but since then, they have lost three trials. In all three trials, the jury sided with the plaintiffs, awarding them over $1.7 billion. Here is a breakdown of three trials:

At Frankl Kominsky, our injury attorneys have recovered more than $100 million in accident and injury settlements. We offer a free initial consultation where our lawyers assess your case and will offer guidance and advice with regards to your claim. We also have a contingency fee arrangement, where you won’t have to pay our personal injury lawyers anything unless the case outcome is in your favor. For a free case evaluation, you should contact us by dialing 855-800-8000 today.

Let our professional and experienced lawyers fight for you.