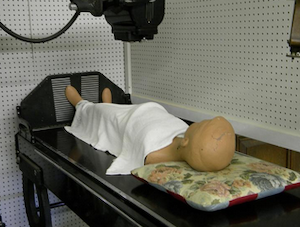 A good example of this is a situation in which someone has suffered a major skull fracture or a concussive brain aneurism, then it’s obvious that there has been an injury to the brain. However, brain injuries are not always readily identifiable. What about a relatively minor injury resulting from a blow to the head? If a “minor” brain injury is diagnosed, then it should be considered as serious as a “major” brain injury. The reason for this rests with the fact that, while not immediately life threatening, the results can escalate to a brain malfunction that involves cognitive disorders as well as physical and other mental abilities. If these types of injuries are left untreated, they can evolve into far more serious problems in the future. It\s important to note that these types of injuries occur in over 1.6 million Americans, annually, and over 65,000 of these cases result in long-term disability.

How is a Minor Traumatic Brain Injury (MTBI) Diagnosed?

When it comes to the diagnosis of an MTBI the diagnosis relies on certain conditions that appear after the trauma to the brain. These include:

The final prognosis for many of these types of injuries is relatively encouraging. However, this is not always the case. For some, the recovery process is longer than others with some individuals that never completely recover from their brain injury.

The types of definitive symptoms of any type of brain injury caused by an accident May include the following:

One of the most common myths surrounding traumatic brain injuries has to do with the belief that a person must suffer a hit on the head in order to have a brain injury. But, as reported in this Press Release, a study performed by Michael Freeman, Ph.D and Ezriel Kornel, M.D., F.A.C.S. determined that motor vehicle accidents resulting in whiplash can account for over 20% of cases that result in brain injury. The type of brain injury that resulted in these cases is known as a Chiari Malformation. When this happens, there is a part of the accident victim’s brain that protrudes through the base of their skull. In addition, a brain injury may occur in which there is a rapid acceleration and deceleration set of forces that causes the brain to slam against the insides of the skull.

Another “hidden| form of brain injury is known as diffuse axonal injuries, which can overlooked by those who are responding to an accident. This includes emergency response personnel and even doctors and personal injury attorneys. The reason for this has to do with the fact that these injuries may occur in low-impact accidents that don’t produce loss of consciousness and may occur even if there is no impact to the head. While this is a very serious brain injury, an insurance company may attempt to dismiss it as a “minor accident”. This is why suspected head and neck injuries need to be examined by qualified TBI doctors.

While it’s true that there have been tremendous advantages in medical technology over the years, there are still some things that may escape medical diagnoses. For example, lesions and neuron damage in the brain can be microscopic and therefore undetectable on an MRI. A capable neurologist will rely on other factors when it comes to making a brain injury diagnosis. This includes the history of the patient as well as clinical presentation.

It should be stressed that it can be common for a patient to have a negative MRI, yet still show functional and cognitive impairments when they are tested for neuropsychological and neurological functionality.

Additionally, it could be argued that a TBI patient will soon recover. However, some TBI results can be more subtle. These include memory losses that persist, perhaps permanently and making resuming a job nearly or completely impossible.

“At one year after injury, 10-15% of mild TBI patients have not recovered. Many are more symptomatic than even immediately after the injury. Some have had persistence of one particularly troubling symptom usually headache, neck pain or dizziness. Most have persistence and even worsening of the entire symptom complex. Both groups are at a high risk of permanent symptomatic persistent post-concussive syndrome.”

The most common type of brain trauma, both closed and open head injuries can result in concussions. They are often caused by impacts to the head, violent shaking of the head or whiplash-type movements. A concussion often results in post-concussion syndrome; a very serious disorder which can last for months and even in excess of a year. However, concussions are often referred to as a mild traumatic brain injury (MTBI).

Symptoms of post-concussion syndrome include:

A concussion is something that should never be marginalized and ignored. It requires medical attention as soon as possible. That’s because the aftermath can be “post-concussion syndrome”, which will interfere with normal brain functions. This can get in the way of tasks that need to be performed at one’s job or even just regular day-to-day activities. Unfortunately, concussions are often overlooked in favor of focusing on more obvious injuries (broken bones, soft tissue injury, etc.).

Post-traumatic rest has been shown to assist the concussion injury victim to recover. In addition, a critical role is also played by neurologists when it comes to helping one who is exhibiting symptoms of post-concussive syndrome. This also takes into account the patient’s age and any prior history of concussions. These are medical expenses that may be incurred by someone who has a concussive brain injury caused by an accident.

An even more serious issue may evolve in cases in which a patient has suffered another concussion before the symptoms of a primary concussion have resolved. This is known as “second impact syndrome” (SIS). This type of injury can be seen in cases in which sports injuries have occurred. SIS often results in fatalities and will have debilitating effects no matter how severe the concussions are.

Other types of brain injuries can be:

Brain injuries can cause significant physical and cognitive damage. In some cases, they may even be fatal. The injury lawyers at Frankl Kominsky serve victims in Boynton Beach and surrounding communities. We have helped countless individual clients recover damages in a broad range of injury cases. If you were involved in an accident, we can try to help you pursue a claim against any people or entities that may have been responsible.

What Can I Do If I Have Suffered a Brain Injury in an Accident? Protecting Your Rights with a (Negligence) Lawsuit

When it comes to sustaining a brain injury caused by an accident, the afflicted individual may be able to hold the party responsible for the injury, liable. The majority of injury-related lawsuits are predicated on negligence. Negligence will refer to someone’s failure to utilize reasonable care, when it comes to the accident circumstances. The standard example of negligence would be if:

For example, the law in Boynton Beach states that a motor vehicle driver must adhere to certain set speed limitations (Florida Statute 316.183). If a motor vehicle drives faster than the mandated speed limit and, as a result, crashes into your vehicle, then the driver who was speeding may have breached their duty of care. The attorney for the victim will try to show that the speeding motorist’s conduct resulted in your injury (in this case, a concussion).

At this point, the defendant’s attorney could possibly try to show that the sustained injuries were partly caused by your behavior (no seat belts, etc.). In a situation like this, the court can assign a percentage of responsibility to each party and compensation can be based on those percentages (Florida Statute 768.81), For example, if the court awards compensation in the amount of $100,000 and the defendant was deemed responsible for 50% of the accident circumstances, then the defendant would only need to pay $50,000. The remaining costs would have to come out of your pocket/insurance coverage.

In any case, it should be noted that a brain injury may result in a life-long situation, which may also require long-term rehabilitation care. One can also discover that they are not able to continue on in their job, which can result in a loss of income. Other issues that can result from a brain injury may come from a change in personality and cognitive abilities. It may even include eventual fatality. Compensation for current and future doctor expenses plus restitution for pain and suffering may also be warranted. If a close relative has died as a result of a brain injury, you may be able to file a wrongful death lawsuit. This may be able to cover loss of companionship, medical bills and burial expenses.

Deaths and injuries from a brain injury caused by an accident can be the result of catastrophic car crashes and other types of accidents which may occur in Boynton Beach at any given time. In addition, it’s important to understand that while major, devastating accidents are often a factor, there are also many times when this isn’t the situation. There have been a number of cases in which a relatively minor accident has resulted in a brain injury that eventually led to a person’s death. Therefore, even if you are involved in a head accident that seemed like a minor injury, it is advised that you seek medical care and the advice of a brain injury accident personal injury attorney.

If you or a loved one have need involved in a Boynton Beach accident which has resulted in a brain injury, contact an experienced Boynton Beach  personal injury attorney. Discuss your case with a Brain Accident Personal Injury Attorney Serving Boynton Beach Today! Turn to Frankl Kominsky for comprehensive legal guidance. Call (561) 800-8000 or use our Contact Form to set up a free consultation.