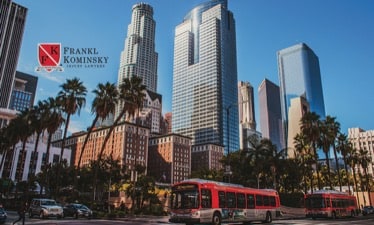 Motor vehicle accidents can be catastrophic. When a bus is involved, moreover, the severity of the crash may be amplified by the sheer number of people involved. Buses transport large groups of adults and children, so an accident is likely to leave multiple victims with serious or potentially fatal injuries. At Frankl Kominsky, our dedicated motor vehicle accident lawyers can help you assert your rights if you were involved in a bus collision in West Palm Beach. We offer seasoned representation in complex personal injury matters.

Buses are heavier and taller than many other vehicles, which make them difficult to maneuver, particularly in poor road conditions. Both the state government and the federal government have implemented regulations to protect the safety of passengers and other motorists. Before getting behind the wheel of a bus, Florida requires drivers to obtain a valid commercial driver’s license, along with school bus, passenger, and other endorsements depending on the size of the vehicle and passenger capacity. Other rules limit the number of hours a driver can work before taking a rest break and require regular and randomized driver drug testing.

Seeking Compensation After a Bus Accident

Bus crashes can often be traced to driver error. A mistake can be attributed to either the bus driver or another motorist, or both. It can include driver inattention, following too closely, or inadequate surveillance. You can hold a person or entity accountable for failing to use the care that a reasonable person would exercise under the same circumstances. In other words, you have to show that the defendant acted negligently.

To show negligence, you must prove that you were owed a duty of care, that the defendant breached this duty of care through its actions or failure to act, and that the breach caused your injuries and damages. If a bus driver failed to reduce speed in stormy weather, for example, you can hold the driver liable by showing that a reasonable bus driver under the same circumstances would have reduced speed, and that your injuries were caused by the driver’s actions. Similarly, if the driver of another vehicle texted while driving, you can hold that motorist liable if you can show a connection between his or her texting and your injuries.

You may also have a claim against the bus owner or company that employs the bus driver. An employer can be held vicariously liable for an employee’s negligence if the driver was acting within the scope of his or her employment when the crash occurred. Other factors that cause or contribute to a bus accident include poor bus driver training, mechanical failures, and driver fatigue. You can hold a bus company or owner directly liable if it employed poorly trained drivers or failed to inspect and maintain its buses.

You can file a claim against multiple parties if you believe there is more than one at-fault party. Each party will be responsible for its percentage of fault. For example, if a Florida court finds that the bus driver was 60 percent negligent, and another motorist was 40 percent negligent, you can recover 60 percent of your damages from the bus driver and 40 percent of your damages from the other motorist.

Recoverable damages for bus accident injuries can include compensation for medical costs, lost wages, property damage, pain and suffering, and other economic or non-economic types of harm. Florida has a four-year statute of limitations on negligence claims, so it is important to secure your rights as soon as possible after an accident.

The injury attorneys at Frankl Kominsky are prepared to fight for your right to compensation if you were injured in a bus accident in or near West Palm Beach. Our attorneys are experienced in handling a wide range of injury cases. We can thoroughly investigate the accident to determine which parties may be held accountable in your case. If you were hurt in a collision in Delray Beach, Boca Raton, Lake Worth, or any of the surrounding areas, call us at (855) 800-8000 or contact us online for a free consultation. We are fluent in Spanish and Creole.