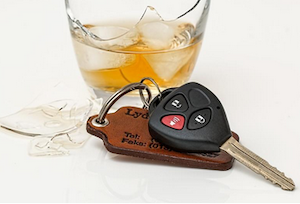 Driving while under the influence of drugs or alcohol is illegal in every part of the United States. However, in spite of this restriction, DUI car crashes in Palm Beach Gardens may occur on a regular basis and can result in serious injuries or even fatalities. Those who have become victims of these types of accidents may suffer severe pain and injury together with economic losses. As such, these individuals may be eligible to seek compensation for the damages that they have incurred in these unfortunate situations.

Have You Become a Victim of a DUI Car Crash in Palm Beach Gardens?

In the state of Florida, statistics show that alcohol was either suspected or confirmed in over 17,000 car accident in 2012 as reported by the Florida Department of Highway Safety and Motor Vehicles. In addition, over 870 of these accidents resulted in fatalities with a grand total of over 12,000 injuries, many of them serious. When it comes to drugs, about 1,800 crashes resulted from their use.

In Palm Beach Gardens, a driver is deemed guilty of a DUI, when that driver is control of a moving vehicle while under the influence of either drugs (or any chemical substance) or alcohol. This definition is outlined in Florida statute 877.111. In addition, included in the statutes, is a driver who is operating a moving vehicle under chapter 893 during a situation where the driver’s faculties have become impaired and therefore unreliable. This can be defined by the driver possessing a breath alcohol level of 0.08 grams or more per 210 liters of breath or a blood alcohol in excess of 0.08 grams of alcohol per 100 milliliters of blood.

How Can You Protect Your Rights When You Have Become Involved in a DUI Car Accident?

Should you become injured in a drug or alcohol related Palm Beach Gardens car crash, one option that you may have is the right to file a personal injury lawsuit against the person who is considered the responsible motorist. In this type of situation, you would generally need to show that the responsible party’s negligence resulted in the accident which led to your losses. This would involve showing a court that the responsible motorist had breached their duty when it came to exercising reasonable care and that as a result you have sustained injuries which caused you to incur medical or economic damages.

However, there are also cases in which you may not have to show everything just mentioned. For example, you can show negligence per se. This can occur when a defendant’s act is considered to be negligent when it has violated a law that was originally put into place in order to secure the safety of the public. This includes items such as building codes and, of course, blood alcohol levels for drivers. Negligence per se can eliminate the “breach” and “duty” aspects of a negligence claim.

The Types of Injuries That Can Be Caused By DUI Accidents

The types of injuries that can occur when there is a DUI car crash are many and varied. Some of the more common ones are:

One of the most dangerous things regarding these injuries is the fact at times they will originally manifest as a minor pain or soreness. If a medical examination is not immediately conducted, these minor pains can evolve into major, life altering and debilitating injuries costing many thousands of dollars.

Who May Be Held Liable in DUI Accidents?

While it’s true that it may be possible to file a lawsuit against the responsible driver in a DUI accident, there are also other types of claims that can be filed, as well. For example, a negligence claim may be filed against an alcohol-serving establishment that served alcohol to the driver responsible for the accident.

The responsibility of the establishment does not include a situation in which the defendant already appeared intoxicated when alcohol was served. In addition, a social host who served alcohol to a guest who is already known to be someone who is habitually addicted to alcohol or already appeared intoxicated at the time of serving is not held responsible. An exception would be when the social host had served alcohol to a guest that is under 21. In this case, the social host may face criminal charges per Florida statute 768.125.

When it comes to an establishment’s or social host’s liability, Florida Statutes section 768.125 specifically states:

This is commonly called the “Florida Dram Shop Law”. The name originates from back in the 18th century. At that time, alcohol was measured in units called “drams”. This Florida law was originally enacted back in 1980.

There are also cases in which there are exceptions to the state’s statutes. This can involve an establishment that served alcohol to someone who was obviously too intoxicated to drive. In this case, it may be possible for someone to seek damages against an establishment who served the defendant alcohol. In all cases that have been mentioned, a lawsuit may be filed by those who were actually injured in the DUI crash or the families of loved ones who suffered a fatality in a DUI accident.

In cases in which negligence has been involved, an injured party can try to seek compensatory damages. In the case of Palm Beach Gardens DUI car crash, these damages, are designed to ‘compensate’ the victim for their losses. An example of this is when compensation sought from the at-fault driver’s insurance company that is designed to pay for medical bills and other expenses.

The Florida Court will generally instruct the jury that punitive damages may be allowed in situations where, by the greater weight of evidence, they find conduct a situation in which the defendant:

If you or a loved one has suffered from injuries or loss due to a DUI auto accident, seek medical care and contact an experienced personal injury attorney, who serves Palm Beach County, so they can try to assist you in receiving the best care and compensation that you rightfully deserve.

Discuss your case with a Car Accident Personal Injury Attorney Serving Palm Beach Gardens Today! Turn to Frankl Kominsky for comprehensive legal guidance. Call (561) 800-8000 or use our Contact Form to set up a free consultation.