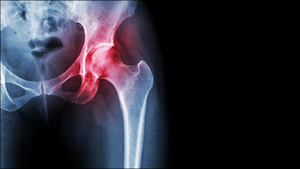 Getting a hip replacement surgery can be an overwhelming experience, but once done, you would expect to enjoy a healthy and active life. It would be devastating to continue experiencing pain, discomfort, and other issues after surgery. Unfortunately, these problems are usually caused by defective hip implants.

Biomet was one of the leading medical device companies, which was later bought by Zimmer in 2014. Zimmer Biomet became the country’s second-leading manufacturer of orthopedic implants and controlled 31% of the market by 2016. Biomet hip implants helped enhance the lives of numerous patients, but some of their products didn’t meet patient expectations, resulting in several lawsuits filed against the company.

Hundreds of complications were reported by patients and doctors who used the m2a magnum hip implant, but the devices were not recalled. Thousands of lawsuits were filed against Biomet, with the company eventually settling a vast number of these cases in 2014. However, there are still hundreds of cases pending.

If you or your loved one has undergone hip surgery using one of Biomet’s hip replacement implants and experienced complications, you may have the right to demand compensation for damages, losses, and for the suffering you endured.

During hip replacement surgeries, surgeons remove the damaged area and replace it with hip implants to relieve patients from pain. Consequently, this surgery allows the affected patient to lead a more active lifestyle. Biomet offers a wide range of products, including acetabular components and revision/primary femoral components. Their hip implants were created with a very porous, spongy material that helps to simulate bone and encourage bone stability and growth.

These implants are implanted in place of damaged parts to reduce pain and allow patients to move freely. The implants are available in different varieties – metal, plastic, or ceramic. While the other products of the company have been successful, the problem for Biomet started with their metal-on-metal hip replacement devices.

Side Effects of Biomet Hip Implants

Metal-on-metal hip implants have a history of severe complications. According to a study, hip implants with a metal-on-metal design results in a patient requiring more surgery to correct the issues caused by the implants. Many patients have reported problems due to the implant’s metal cup and metal head grinding together, which results in the release of chromium and cobalt debris. Metal debris has also been associated with many side effects, including:

Fractures - A patient’s bone weakens and gets fractured as it attempts to hold the implant in its right place. This complication is a more common occurrence in post-menopausal females.

Dislocation - Different areas of the implant wear down or loosen, which causes joint dislocation and other complications.

Metallosis (metal poisoning) - The release of metal debris leads to an increase in metal plasma concentration. It is caused due to the friction of metal.

Pain and burning sensation - This is a common complication, particularly among young patients. Around 20% of patients complain of pain or a burning sensation at the implantation site. It is also usually linked with signs of warmth, swelling, tenderness, redness, and inflammation.

Other health issues that have been reported are:

If you have undergone a Biomet total hip replacement surgery, then it is recommended to get a thorough examination done, even if you are not experiencing any side effects. The manufacturers of medical devices are legally obliged to create their products in a way that they don’t cause any unreasonable complications or harm to patients. With that said, since the complications and injuries suffered by the recipients of defective hip implants didn’t have control over their plight, they may be eligible to bring a claim against Biomet.

In 2011, the Food and Drug Administration (FDA) announced that seven companies, including Biomet, should implement a hip replacement implant recall. The main issue with these implants was the zirconia ceramic femoral head, which is the ball part in the device that is fitted into the socket of the hip. That component was associated with high rates of fractures within a duration of 13 to 27 months after surgery. This complication forced many patients to undergo revision surgery.

The company introduced the m2a hip implants, which included metal-on-metal components to provide more stability and flexibility to patients. However, the use of chromium and cobalt alloy metals in these implants resulted in severe complications after surgery. The major issue was osteolysis, which is the loosening of the implant and inflammation in the surrounding area. In addition to that, metallosis was another main patient concern.

The number of complication reports pertaining to Biomet hip implants has increased over the years, from 11 in 2009 to 80 cases in 2011. The affected patients reported several issues, including squeaking noises, popping noises, bone loss, chronic pain, metal toxicity, and loosening.

According to the Australian National Joint Registry, patients who used the m2a hip implant experienced a 7.2% rate of yearly revision, which was higher than the usual metal-on-polyethylene implant. Additionally, another study conducted by the British Medical Journal concluded that, on the whole, metal-on-metal hip implants were linked with an increasing rate of revision surgery.

As a result, patient lawsuits against Biomet increased exponentially. There were more than 2,800 cases filed over defective hip implants, while the company settled most of the cases in 2014. During the same time period, Zimmer took over Biomet. However, Zimmer was also having problems with their Durom Cup. Many of the cases are still pending today.

Who Can File A Biomet Hip Lawsuit?

Similar to other metal hip implants, Biomet’s hip implants pose an increasing risk of releasing shards of chromium and cobalt into the surrounding tissues. In the case of typical wear and tear, the implant’s metal components rub against each other, creating shards, which migrate to the patient’s bloodstream and tissues resulting in various symptoms. These symptoms include hip tissue death, mobility issues, inflammation, rash, swelling, and pain. These are the indication of nerve damage and/or implant dislocation, fracture, or loosening.

It is worth noting that many patients who used Biomet’s hip implants faced issues soon after surgery. The majority of hip replacements should last about 15 years or more. However, metal implants have been associated with immediate issues.

If you or a loved one had been implanted with the Biomet metal-on-metal hip implant and are experiencing complications, then you might be eligible to file a Biomet hip implant lawsuit.

It is recommended that you consult your surgeon and request a CAT and MRI scan of your hip implant. These tests help in examining the ARMD, pseudotumors, and other complications caused by the metal implant. Even if you are not experiencing any symptoms, that doesn’t mean you will not at some point. It is best to get a medical examination done to avoid potential problems.

You should also ask the doctor to conduct a blood test to determine the levels of chromium or cobalt in your blood. This will help you to take immediate steps in case of any signs of metallosis, which can result in severe medical problems.

The sooner you consult your doctor, the quicker you will be able to gather more information to determine whether or not you have a case against Biomet. Having basic information with you can greatly benefit your case. Here are a few things you can do:

How Long Do I Have To File a Biomet Hip Lawsuit?

The statute of limitations on defective medical devices varies from state to state. Typically, a patient has about two years from the day of discovery that they are facing complications or should have reasonably discovered the complications. It is essential to consult a lawyer for your Biomet hip lawsuit to determine whether you have a case and how long you have to file your lawsuit.

Some cases related to Biomet’s metal-on-metal implants have been dismissed in courts because of patients missing the statute of limitations. Other factors that could potentially affect the outcome of the possible settlement include:

It is highly recommended that you consult a lawyer to get more details and a thorough evaluation of your case.

How Many Lawsuits Have Been Filed Against Biomet?

The company faced 700 and more lawsuits in the Multidistrict Litigation (MDL) in the federal court. The judge ordered all the participants to take part in the settlement. The corporate policy of the company was to get the cases settled before they could reach trial, and Biomet agreed to settle the cases for $56 million combined in 2014. That meant a $200,000 base award for every plaintiff.

Zimmer had set aside a $145 million fund to settle the cases, but the number steadily grew to $314 million only for its Durom cup implant lawsuits. After buying Biomet, the company had to face even more lawsuits due to Biomet’s hip metal implants.

Zimmer also offered a combined settlement for these cases, which many accepted. However, the settlement costs were adjusted as per different factors as follows:

Again, not all the participants accepted the settlement offer. Many of them continued with their lawsuits. As of July 2019, Zimmer Biomet still has 190 pending lawsuits in the Multidistrict Litigation (MDL) in the federal court.

Hire a Lawyer to File a Biomet Hip Lawsuit

If you are wondering how to file a lawsuit against Biomet for the pain and suffering you have had to endure, then it is best to consult an experienced injury attorney. At Frankl & Kominsky, we understand the pain you suffered because of the negligence of Zimmer Biomet.

At Frankl & Kominsky, our injury lawyers have obtained over $75 million on behalf of victims in accident and injury settlements. We strive to address that our clients are appropriately covered for their medical expenses, lost wages, pain, mental trauma, and emotional damage. Our lawyers will try to thoroughly investigate and build your case to help determine the amount you are rightfully entitled to receive.

Frankl & Kominsky offers our services on a contingency fee basis. Pursuing your Biomet hip implant claim may cost you nothing unless we recover a settlement or a jury verdict on your behalf. If you are still uncertain, schedule a free, no-obligation case consultation appointment.