Exactly What is a “Hit and Run” Car Accident? 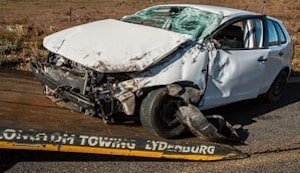 A hit and run Florida car accident, also known as “Leaving the Scene of an Accident”, is the term given for a driver’s failure to remain at an accident’s scene, while fulfilling any statutory duties. This term covers situations which involve property damage, bodily injury or death.

For car accidents that only involve damage to property (to an object or another vehicle), Florida Law (Sections 316.061-316.063) maintains that the driver needs to adhere to the following duties:

Should the accident involve the bodily injury or death of another individual, a driver’s Florida statutory duties (Sections 316.062 and 316.027, Florida Statutes) include:

What are Some of the Injuries That Can Result in a Hit and Run Car Crash Situation?

The scope of car crash injuries that are involved with a hit and run car crash are generally those that are common with any other crash. These can include:

However, a hit and run car accident can possibly have an additional component. For example, the victim may need immediate assistance that a driver cannot provide if they have left the scene of the accident. In certain cases, that driver may also have been needed to contact the police. Either one of these situations can result in the exacerbation of the victim’s injuries and, in some cases, may even be the ultimate cause of a person’s death.

This is why laws have been set up in order to ensure that an accident victim has the greatest opportunity for immediate help. For those who have left the scene of the accident, when property has been damaged, the rightful restitution of damages may not be forthcoming. In any case, hit and run Florida car accident situations are taken very seriously by the courts. This is why a Palm Beach car accident attorney will always advise that in the case of a car crash, always remain at the scene of the accident, until all statutory duties have been performed.

How Can It be Proven That the Crime of “Leaving the Scene of an Accident” Has Been Committed?

In the case of a hit and run Florida car accident, there are four elements that may need to be proven beyond a reasonable doubt. These are noted in the following:

The four elements are:

In this case, when we say “identifying information”, we are referring to; the name of the defendant, their address, the vehicle’s registration number and, if possible and requested, showing their driver’s permit or license.

What are the Penalties for Leaving the Scene of an Accident?

When it comes to a hit and run auto accident in Palm Beach, the penalties that are incurred will usually depend on the type of damage or harm that was caused.

For Accidents That Involved Injury or Death

Should the hit and run accident result in a situation in which personal injury or death was involved, then the offense is categorized as a 3rd degree felony. In Florida, the penalties that are stipulated can be up to five years imprisonment, five years probation and a $5,000 fine.

Accidents that have resulted in the death of another person, the offense will be categorized as a 1st degree felony, In Florida, the penalties that are stipulated can be up to 30 years imprisonment and a $10,000 fine.

In cases in which injury or death have resulted from the crash and the defendant, who left the scene of the accident, has been determined to have been driving while intoxicated, then there is the possibility of a mandatory 2 years imprisonment. It should be noted that hit and run offenses may also be subject to a mandatory revocation of the defendant’s driver’s license, as decided by the court.

For Accidents That Involved Property Damage

If the hit and run only involved property damage, then it is usually classified as a 2nd degree felony. The penalties may include up to 60 days imprisonment and a fine of $50.

Is Hit and Run Accident Restitution Available in Florida?

It’s interesting to note that restitution (loss compensation) is usually not available to the property owner or other driver in a hit and run accident case. However, restitution can be awarded to the victim in a criminal case that involves loss that is suffered by the victim as the result of the defendant’s conduct that indirectly or directly brought this about. There is precedence for this that can be found in; Glaubius v. State, 688 So. 2d 913, 915 (Fla. 1997). Of course, there are also many cases in which the actual “leaving the scene of the accident” is not directly responsible for the damages that were incurred. In these cases, it would be determined that the damages would have occurred whether or not the defendant stayed or left the accident scene.

Because of these determinations, in many cases, hit and run Florida car accident victims have not been provided with a restitution award, by the Florida appellate courts, for the sole count of the hit and run violation (Fykes v. State, 599 So. 2d 268 (Fla. 1st DCA 1992).

But if evidence can be shown that the injuries were exacerbated as a result from the lack of immediate attention (due to the hit and run component of the accident), then restitution may be granted to the victim.

Are There Valid Defenses That Can be in Connection with a “Leaving the Scene of the Accident” Charge?

There are a number of defenses that may be used when there is a charge of “Leaving the Scene of an Accident”. These strategies may possibly be used by the defendant’s defense attorney in order to mitigate or eliminate any consequences arising from a hit and run charge. Some of these defenses may include:

It should also be noted that even if a viable defense strategy is absent, in a “Leaving the Scene of an Accident” charge, a conviction isn’t always a guarantee. There have been misdemeanor case occasions in which an attorney has contacted the prosecution and was able to arrange a resolution that was more lenient. This resolution may be intended to have the defendant avoid repercussions that involve; a permanent criminal record, probation or time spent in jail.

Why It’s Important to Consult with an Attorney

For the victim, the addition of leaving the scene of an accident charge can be relatively difficult to prove. This is especially true if one is contending that the hit and run driver was responsible for damages that resulted directly from the hit and run component of a car crash. In a Palm Beach hit and run Florida car accident, an attorney can gather all of the pertinent information and put it together in order to prove your case. In addition, they may also be able to deal with defense strategies that may be used by the defendant’s attorney.

When you have been involved in a Palm Beach hit and run accident, it’s important to consult with a personal injury attorney, in order to try to receive the best care and compensation that you rightfully deserve. Therefore, when you are involved in a Palm Beach car accident, seek immediate medical care and contact a Florida personal injury attorney.

Discuss Your Case with a Car Accident Personal Injury Attorney Serving Palm Beach Today! If you were injured in a car accident in Palm Beach, turn to Frankl & Kominsky for comprehensive legal guidance. Call (561) 800-8000 or use our Contact Form to set up a free consultation.