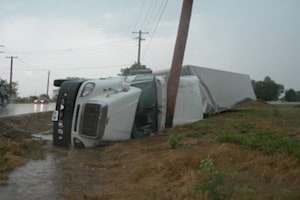 It’s an unfortunate fact that there are many individuals who decide to drive their car or truck when they haven’t had sufficient sleep. This will invariably increase the risk of a vehicle crash. A 2018 study of driver fatigue and road accidents conducted by the American Automobile Association (AAA) Foundation for Traffic Safety shows that approximately one out of every 10 vehicle accidents occur as a result of driver fatigue. In many cases, the results of these accidents are devastating.

There are generally two main causes of accidents caused by driver fatigue. The first is operating a vehicle during times when the driver is normally asleep and the second relates to a lack of adequate sleep.

Drowsy driving is a factor in nearly 10 percent of crashes nationwide, according to a 2018 study by the American Automobile Association (AAA) Foundation for Traffic Safety. In addition, drowsiness was a factor in vehicle crashes at over three times the rate during the hours of darkness.

It was also noted by Florida Department of Transportation that young people (especially males under 26 years of age) are at the greatest risk of driver fatigue and road accidents. Additionally, those who work irregular shifts consisting of both day and night work schedules, are also subject to a higher risk of fatigued-related driving accidents.

The Relationship Between Drunk Driving and Drowsy Driving

One of the more frightening aspects of driving-while-fatigued is that struggling to remain awake and alert under those conditions can be just as hazardous as drunk driving! The Journal of the American Medical Association Internal Medicine published a 2012 study that indicated driving while drowsy presents nearly as much risk as driving after the consumption of alcohol. In either case, that driver is operating a motor vehicle with impaired reflexes and senses. A driver who is fatigued experiences slower though processes and their judgment is impaired.

Fatigue can cause a driver to fail to recognize and react to a hazardous traffic situation with enough time to respond. This is also true of drunk driving. However, unlike driving under the influence (DUI), there is currently no breathalyzer or blood test that will indicate a driver’s level of fatigue. A fatigued driver in West Palm Beach can also briefly nod off for a few seconds. This is ample time for them to drift over to an oncoming lane of traffic or veer off the side of the road.

When it comes to driver fatigue and road accidents, tractor trailer drivers are exceptionally susceptible to this problem. The reason for this has to do with the fact that a commercial truck driver will, on many occasions, continue driving until they are seriously fatigued. This causes them to be slow in their response to sudden traffic changes and road hazard developments.

Even though Federal Law has provisions that limit the number of driving hours that a commercial truck driver may operate a tractor-trailer each week, many truck drivers face unreasonable delivery deadlines. Incentives are also given in order to; keep drivers on the road, ignore the prescribed hours of service limitations, falsify driver logs and to keep driving even when they are feeling dangerously fatigued.

The problem of driver fatigue and road accidents has become so serious that the Federal Motor Carrier Safety Administration, which monitors the commercial truck industry, has mandated that trucking companies install electronic logging devices in their tractor-trailers. This is designed to force compliance with the designated service hour limitations.

Of course, all truck drivers in West Palm Beach are required to adhere to all Federal and Florida laws that are designed to keep them from posing a threat to other drivers on the road. But in a situation involving a commercial driver, it most definitely needs to be determined if driver fatigued or illness was a factor in the accident. If so, then the driver is issued a Uniform Commercial Citation by the investigating officer.

A West Palm Beach motorist injured by a fatigued driver also may have a right to file a personal injury lawsuit against a truck driver who causes a serious accident, thus demanding restitution for losses that have been caused by the accident. Commercial truck drivers and trucking companies are required to carry much higher amounts of liability insurance because of the serious harm that a fully-loaded tractor-trailer can cause in a crash. As such, trucking companies may act quickly to deny any legal liability because of the money that’s involved. Therefore, you may need an experienced and aggressive lawyer representing your interests when it comes to pursuing compensation after a serious accident.

After extensive research, it’s been determined that there is a dangerous condition that affects commercial truck drivers. A report that was presented in 2007 by the Federal Motor Carrier Safety Administration confirmed that a relatively common medical condition, known as obstructive sleep apnea can cause a significant number of driver fatigue and road accidents. The reason why this condition is so serious is the fact that a commercial driver, who has this condition, can follow all of the rules set down for limited hours of service. Yet, they may still be severely fatigued enough to cause a devastating truck crash that may have been preventable.

Obstructive sleep apnea is a serious condition in which the muscles of the throat will relax intermittently, thus blocking a person’s airway while they sleep. The pauses that occur when the person’s throat is blocked are known as “apnea”, which means “without breathing”. When this occurs, blood oxygen levels are reduced. When this happens (hypoxia), then there may be damage to brain tissue. The results of this condition can be:

An obvious symptom of sleep apnea is drowsiness, concentration difficulty and severe fatigue. In addition, experiencing drowsiness while at work or driving is possible, even with suggested sleep periods, since obstructive sleep apnea prevents restorative sleep altogether.

The Centers for Disease Control and Prevention have indicated that a commercial driver’s average life expectancy is less than 61, which is younger than the average American by 16 years. Even more alarming is that the Federal Motor Carrier Safety Administration has estimated that nearly 30% of truck drivers suffer from some form of sleep apnea. This illustrates that it is a well-known fact that a significant number of truck drivers are subject to a condition that is known to cause drowsiness, poor concentration and severe fatigue. Therefore, they can be at a much higher risk of driver fatigue and road accidents.

What Can You do in the Case of a Fatigued Driver Accident?

When it comes to protecting your rights, there are some things that are suggested that you do, should you be involved in a West Palm Beach fatigued driver accident:

Proving driver fatigue in a vehicle accident can be a complicated process. An experienced West Palm Beach personal injury attorney can have the resources needed in order to assist you in handling your legal case.

When you have been involved in a West Palm driver fatigue accident, it’s important to consult with a personal injury attorney, in order to try to receive the best care and compensation that you rightfully deserve. Therefore, when you are involved in a West Palm Beach car accident, seek immediate medical care and contact a Florida personal injury attorney.

Discuss Your Case with a Truck Accident Personal Injury Attorney Serving West Palm Beach Today! If you were injured in a vehicle accident in West Palm Beach, turn to Frankl Kominsky for comprehensive legal guidance. Call (561) 800-8000 or use our Contact Form to set up a free consultation.

Free Consultation
Local Injury Lawyers
Common Causes of Car Accidents
Car Accident FAQs
Car Insurance Questions
Consultation Resources
Car Accident Lawyers Nearby
Client Reviews
★★★★★
I have had experience in the past using other attorneys and law firms however the attorneys and staff at Frankl Kominsky are by far the best experience I have ever had. Thank you for everything this law firm has done. I recommend this law firm to everyone. By Bruce
★★★★★
This was an amazing injury law firm. Steven and his staff was available when I needed him and were always following up with me. I felt very fortunate that I found them. It is true that this law firm will never settle for less! I fully recommend this law firm to anyone that needs a hardworking and results oriented law firm. By Consuelo
★★★★★
Mr. Frankl came very highly recommended by two separate peers. I had a handful of lawyers to choose from and I chose him. He moved quick, no nonsense, and very effective. Before I knew it everything was handled and I had a serious burden lifted. If I ever have a problem again, I am going straight to him. It is that simple. By Kelly
★★★★★
I called Mr. Frankl and his firm about a motorcycle accident case and he helped me through the entire process. Mr. Frankl made me feel like my situation mattered to him and didn't treatment me like just another file in a file cabinet. He is smart, energetic and a true fighter. I am glad to call him my lawyer and I highly recommend Frankl Kominsky for your personal injury case. By A Personal Injury Client
★★★★★
Mr. Frankl was such an asset to have on my team while I picked up the pieces following an accident. Right from the beginning he assisted handling the insurance companies, rental car companies, auto body shops, police reports, it was incredible. His guidance allowed me to focus on the most important thing and that was my medical condition & recovery. Should you find yourself in this unfortunate situation do yourself a favor & trust this man & his expertise. By Damon
View More
Submit a Law Firm Client Review