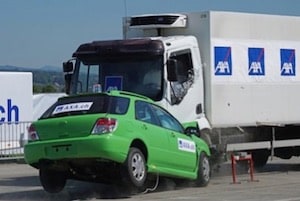 If you find yourself driving on a roadway in Jupiter, Florida, then you can easily say that you have seen a larger than average number of commercial trucks travelling there, as well. The state, in general, tends to have a large number of 18-wheelers on its roads. Unfortunately, this also makes for a large number of severe truck accidents. When you consider the size of the average commercial truck, it’s plain to see why they account for about 10% of highway accident fatalities in this state. Of course, the reasons for these accidents vary greatly. They can be due to; poor weather conditions, worn truck parts or other types of unexpected causes that may be considered event in which no person is actually to blame. However, truck accident lawyers who serve Jupiter can also see things in a different light. This is because they deal with truck-related accidents that are caused by the negligent actions of different individuals.

What are the Main Causes of Truck Accidents in Jupiter?

As previously mentioned, a commercial truck accident can be the result of bad weather conditions or truck parts that have failed. But negligent actions account for far too many serious truck accident injuries and deaths on our roads. When someone has failed to follow the strict driving laws that have been applied to roadway driving, then serious consequences can come about. Some of these situations occur for the following reasons:

Errors on the part of a truck driver – It can be said that this is one of the most common reasons for truck accidents in Jupiter. If you give this a bit of thought, then you’ll know how this is actually the case. A commercial truck is basically a very large machine that travels over a mile a minute through the use of a flammable liquid. This mechanical device is controlled completely by a single individual, through the use of a small steering wheel and a few other controls. Even a minor error in judgment can result in the driver losing control of this machine and thereby causing devastating damage to any items (such as cars, etc,) in its way. Some of the reasons why poor driver judgment may lead to an accident are:

Ignoring the need to repair or replace broken or worn truck parts – Commercial trucks are known to spend far more time on the road than an average passenger vehicle. Parts that may get a lot more than the average amount of wear can include; tires, brakes and other critical parts. If a trucking company neglects to regularly inspect its trucks, then these parts can fail at some point during a driving trip.

Choosing poor quality parts in order to save money or poorly manufactured parts – A can’t be blamed for the quality of the parts on the trucks they drive. But that won’t change the fact that a broken or poorly made part can be responsible for an accident. A truck accident attorney will want to know whether or not this is the case. Because of this, an experienced lawyer may try to check for parts that may have caused an accident. This is something that the average accident victim may not be able to check for.

Commercial trucks that have been overloaded or improperly loaded – for a commercial truck, safe driving depends on a number of different factors. Having the right amount of weight loaded is one of the most important. By not following the federal limits on cargo weight, a commercial truck that has been overloaded may cause the driver to lose control of his vehicle. In other cases, cargo that has not been properly loaded can break loose and spill out over the roadway and thus cause a hazard for others.

What are the Legal Weight Limits for Different Types of Trucks?

In Jupiter and throughout the rest of the country, trucks that are carrying too much weight are a major problem. Even with all of the strict laws and precautions such as highway weigh stations, there are still far too many trucks that have been loaded past their limits. Federal weight limits for trucks can be found at: The Federal Motor Carrier Safety Administration. The various weight limits of trucks have been based on the trucks; design, braking ability and other truck specifications. Some of these limits are:

Semitrailers – The maximum weight that a semi is allowed to carry is:

Trucks must also be equipped with a rear-end underride protection device according to 49 C.F.R. s. 393.86

It is equipped with a substantial rear-end underride protection device meeting the requirements of 49 C.F.R. s. 393.86, “Rear End Protection.”

Truck Laws in Jupiter and in the State of Florida

How to Determine Liability in a Jupiter Truck Accident?

Finding out who is actually responsible for a truck accident in Jupiter is often a very complex task. Of course, in some cases, if a truck driver made an obvious illegal driving move and hit a car, then the blame is pretty obvious. However, there are cases in which the responsibility is not that easy to figure out. In addition, the blame can sometimes be placed on more than one party, as well. This is why truck accident lawyers who serve Jupiter can try to investigate when it comes to determining who is actually responsible for an accident. For example, the loading company may have agreed to place too much cargo on a truck. However, they did so because of orders given by the trucking company manager. In addition, the truck driver knew about this and still agreed to falsify their driving records. Tracking down the potential responsible parties is just one of the reasons why hiring an experienced truck accident injury lawyer may be your best option when you have been hurt in a truck accident.

What are the Statistics for National Truck Accidents?

National statistics, for large truck and bus accidents have discovered:

Should you decide to file a lawsuit in the case of a Jupiter truck accident, you need to understand that there is a Statute of Limitations involved. This means that you will have just 4 years from the time of the accident in order to file your lawsuit. There are some exceptions, but these are extremely rare. If the lawsuit is being filed by the estate of a person who has been killed in a truck accident, then there is only 2 years allowed for filing a wrongful death lawsuit from the time of the accident.

If you or a loved one has been injured in a Jupiter truck accident, contact Frankl Kominsky. Since your first appointment is completely free, you’ll have nothing to lose and you can get a lot of valuable information regarding your options.

What Other Things Should I Consider Regarding my Jupiter Truck Accident?

The damages that a commercial truck accident victim might claim will generally fall into two groups. These are:

The types of damages that can be pursued in your Jupiter truck accident include:

Another very important thing to consider is that if you are bringing a lawsuit against a trucking company, they will have their own attorneys representing their interests.

Contact an Experienced Personal Injury Lawyer to Protect Your Rights

A Jupiter overloaded/overweight truck accident can result in severe and permanent injuries. This may occur in Jupiter at any given time. In addition, it’s important to understand that while high speeds are often a factor, there are also many times when this isn’t the situation. There have been a number of cases in which a very low speed truck crash has resulted in a debilitating injury. If you are involved in a Jupiter overloaded/overweight truck accident that occurred at any speed, it is advised that you seek medical care and the advice of a truck accident personal injury attorney.

Also, in the case of the death of a loved one, discuss your case with an Overloaded/Overweight Truck Accident Personal Injury Attorney Serving Jupiter Today! Turn to Frankl Kominsky for comprehensive legal guidance. Call 561-800-8000 or use our Contact Form to set up a free consultation.

Free Consultation
Local Injury Lawyers
Common Causes for Truck Accidents
Truck Accident FAQs
Florida Truck Accident Lawyers
Additional Locations
Client Reviews
★★★★★
I have had experience in the past using other attorneys and law firms however the attorneys and staff at Frankl Kominsky are by far the best experience I have ever had. Thank you for everything this law firm has done. I recommend this law firm to everyone. By Bruce
★★★★★
This was an amazing injury law firm. Steven and his staff was available when I needed him and were always following up with me. I felt very fortunate that I found them. It is true that this law firm will never settle for less! I fully recommend this law firm to anyone that needs a hardworking and results oriented law firm. By Consuelo
★★★★★
Mr. Frankl came very highly recommended by two separate peers. I had a handful of lawyers to choose from and I chose him. He moved quick, no nonsense, and very effective. Before I knew it everything was handled and I had a serious burden lifted. If I ever have a problem again, I am going straight to him. It is that simple. By Kelly
★★★★★
I called Mr. Frankl and his firm about a motorcycle accident case and he helped me through the entire process. Mr. Frankl made me feel like my situation mattered to him and didn't treatment me like just another file in a file cabinet. He is smart, energetic and a true fighter. I am glad to call him my lawyer and I highly recommend Frankl Kominsky for your personal injury case. By A Personal Injury Client
★★★★★
Mr. Frankl was such an asset to have on my team while I picked up the pieces following an accident. Right from the beginning he assisted handling the insurance companies, rental car companies, auto body shops, police reports, it was incredible. His guidance allowed me to focus on the most important thing and that was my medical condition & recovery. Should you find yourself in this unfortunate situation do yourself a favor & trust this man & his expertise. By Damon
View More
Submit a Law Firm Client Review